I was glad for the extra blanket I had sequestered as it got decidedly chilly during the night. This was a pleasant change at least from the sweltering heat of the lowlands. I found a pretty little restaurant nearby to have breakfast and sample some of the region’s superb coffee. 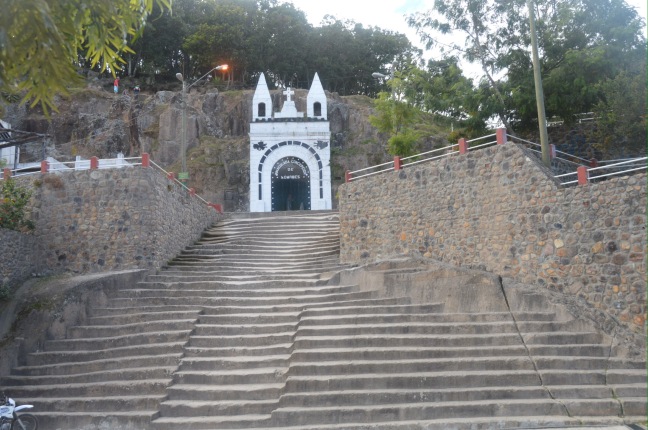 There was mention in the guidebook of a small cave converted into a grotto. It wasn’t hard to find; high up in the side of a hill, La Gruta overlooked the valley of La Esperanza. If there ever was a cave there, it is now indistinguishable as the little grotto completely takes its place as a concrete edifice of worship. Still, it is a pretty little colonial era chapel with an impressive view over the town.

I found a small path meandering down the back of the hill to the main road into La Esperanza. My initial plan was to just walk back into town, but was surprised to find a public bath at the bottom of the hill. Several small streams cascaded into a series of pools and made their way further down the tiny valley. Water was siphoned up to some large troughs where several señoras were doing their laundry. There were also enclosed separate bathing pavilions for señors and señoras; water cascading out of a pipe in the centre. All set in tranquil gardens. 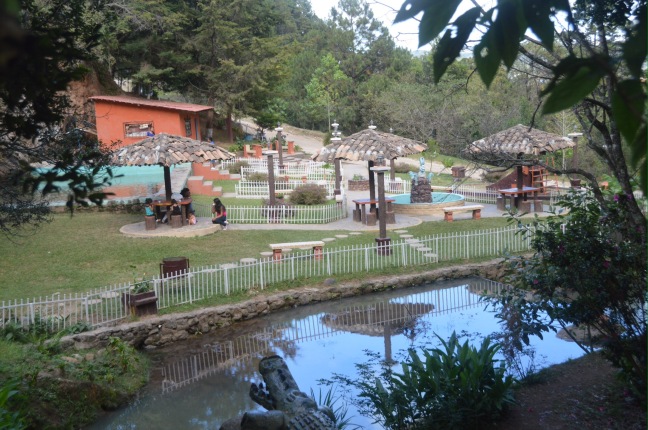 Walking back into town, I wandered around the cobbled streets. Many colonial era buildings line the streets and the Parque Central was one of the prettiest I have seen. When I passed the main church which faced onto the Parque, I noticed the local fire brigade hosing down the front of the building. Several people were also engaged in sweeping the area in front of the church. On further investigation, I found there were dozens of people inside and outside the church cleaning and repairing. It must have been Busy Bee time at the local parish. Pews were all set on their sides with local women polishing the worn surfaces. 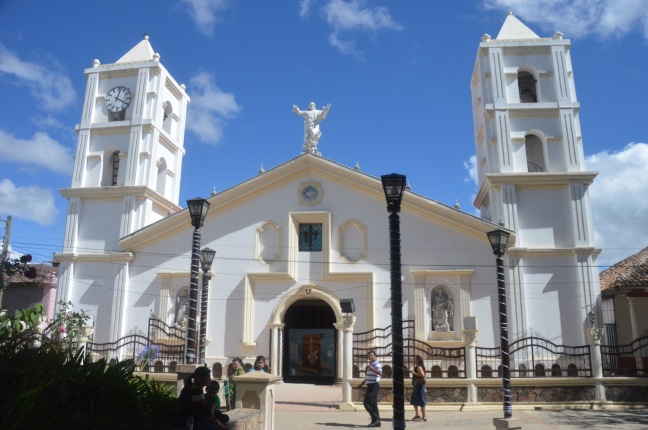 Further on, I reached the commercial part of town where the streets were lined with shops of all nature, including the ubiquitous second hand clothing stores. If you ever wondered what happens to the clothes you donate to charity bins, a lot of it ends up in the Central American (as well as other parts of the world) clothing market. It is sold to cheaply to the locals and it is a good form of recycling, but there is little transparency about who makes money out of your clothing donations. They also have stores here selling white goods and furniture, along with motorcycles! It seems odd to have a line of motorbikes parked up alongside a plush lounge suite. Perfectly normal here though. 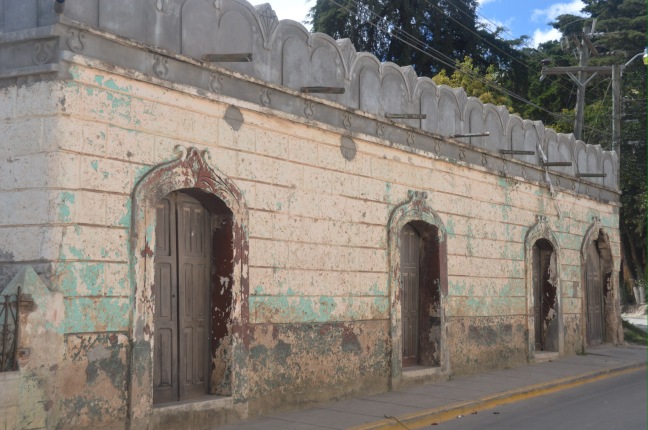 Dinner in a local Lenca restaurant, then hunkered down for another chilly night. I’m relishing these cool temperatures at the moment, though, as I know when I move on, I’m back into Sweatville. The oppressive heat and humidity can be quite tiring day after day so it’s nice to have a short break from it.