Christmas Day loomed hot and humid. I went upstairs early to the Hostel deck to see if I could get a wifi connection as I wanted to fix problems with the blog amongst other things. Alas, it seemed Santa didn’t get my extremely small list (ie. working wifi). Either that or he took great pleasure in messing with me and passed by chuckling into his great white beard. You’ll keep, Santa!!

After several attempts, I was about to give up when one of the other hostel guests came up and mentioned that they had found working wifi at the service station down the road. I packed up my things and moved on down there. One of the problems I had was trying to update the software on my iPad to download the latest version of WordPress as the previous version kept crashing. I tried and tried but the Travel God of Technology would not humour me. 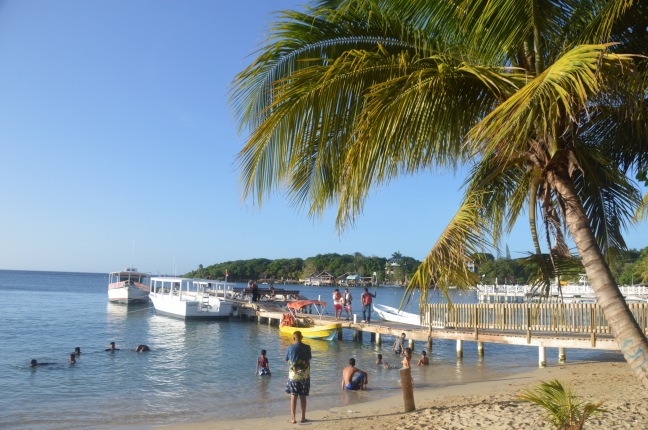 Frustration prevailed and the iPad battery failed so I tried my luck in the main part of town. There I found an upstairs bar open that I was assured had a good internet connection. I set up shop and several cervezas later, was back to square one. The heavens opened and monsoonal like rain livened up the scene. The guys at the bar were lovely and looked after me, even when I was the last person; curled up on the couch, watching a HBO movie and trying to stay awake waiting for the damn upgrade to download!! Eventually gave up and wandered back to the hostel. Not so much of a Feliz (nor eventful) Navidad for this little black duck.

One thought on “Roatan”