Up at 7 and out at 7.30 am. Finally caught up on the sleep denied to me during my gruelling start to the trip. I visited my little beachside restaurant for another tasty breakfast before grabbing my pack and heading to the bus terminal. 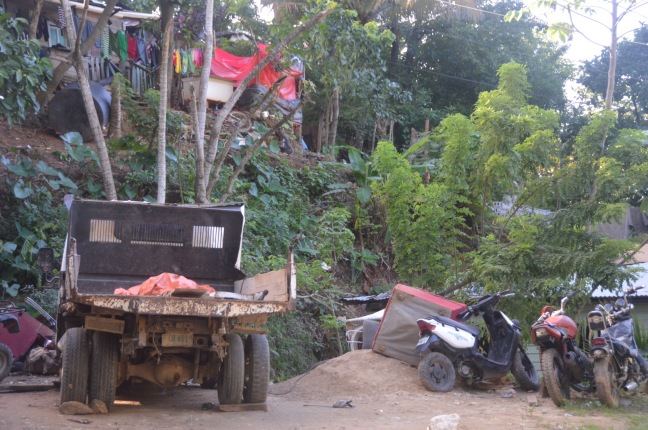 The trip to La Ceiba took far longer than anticipated, partly due to the en route tyre change for a flat tyre I’m assuming we encountered during the trip. The bus pulled off the side of the road and looked as if it was going to turn around, but then reversed back towards a little roadside repair stall. We all stayed on the bus, except the conductor, a roving food vendor and a couple of other blokes who thought they would like to give their two cents worth. Tyre changed, and the bus roared off again.

At the bus terminal in La Ceiba, I had to catch another taxi as there are no buses that go to the boat terminal. I decided to head over to the island of Roatan for Christmas and was hoping I could get a seat on the ferry without a prior booking. That was easy done and I had three hours to kill before the ferry left. I found a place that sold beer and took them back to the little cafeteria within the terminal compound. The affable señor provided me with a wifi password, whilst his wife prepared me a delicious local lunch. 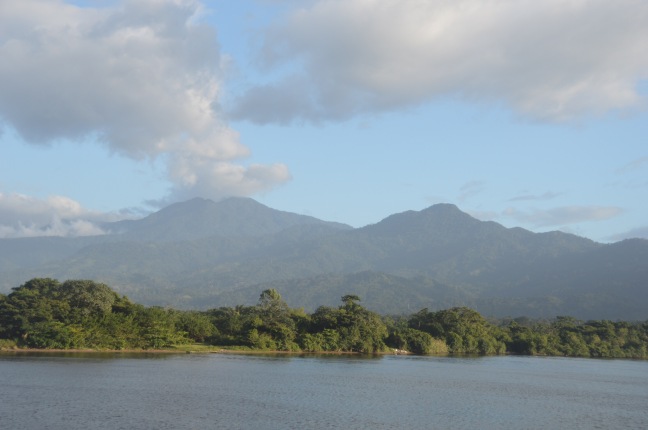 Security at the boat terminal was no laughing matter. It was the same stringent requirements as traveling on a plane, complete with scanning of personal items and a body scanning screen and wand. One would think you were leaving the country, not going over to one of the country’s islands! The terminal itself was quite luxurious for this part of the world, with a modern cafe in one corner selling decent coffee. At a price, of course.

I got a seat out the back on the second deck and was pleasantly surprised to find the ferry nowhere near as full as I was expecting. The sleek catamaran started its motors and powered out of the little bay we were docked in. As we left mainland Honduras, we passed tiny jungle clad islets punctuating the aquamarine Caribbean Sea. Eventually, the aquamarine darkened to indigo as the sun set on a balmy tropical evening. The catamaran powered on through swell that got to two meters which clearly wasn’t to some peoples liking as the vomit bags began being in hot demand, but the catamaran handled conditions with aplomb. 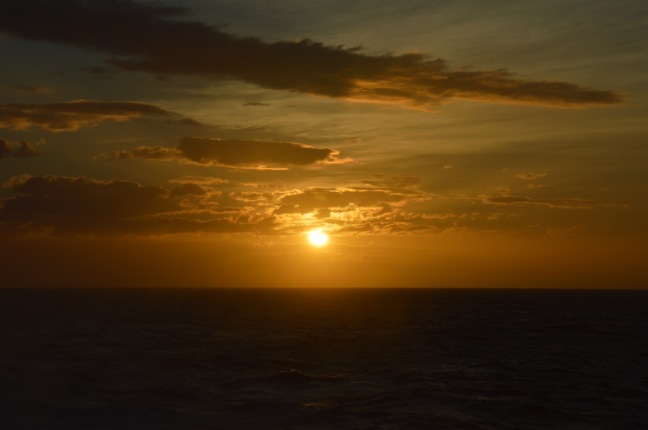 On arrival at Coxen Hole, Roatan, an English guy who had been travelling with the two German girls I was sitting next to asked if we wanted to share a taxi to West Bay where all four of us were staying. I had planned on taking a collectivo, but agreed to go in on the taxi. It wasn’t long before I was regretting this decision as the English guy turned out to be a bit of a hothead who clearly hadn’t watched enough episodes of ‘Banged Up Abroad’. When the taxi driver decided to do a shifty, instead if quietly negotiating, El Hothead decided to give the driver both barrels blazing; yelling abuse at him and refusing to hand over the money regrettably we had all given him. I went to quickly check exactly where we were and when I returned a couple of minutes later, the taxi driver was about to take off with our packs still inside! I eventually managed to talk El Hothead into giving the driver the money but was stunned by his naivety. Honduras is not the sort of place you want to start trouble. Especially over a couple of dollars!!

Having extracted both the packs and the English guy from the scene, it turned out that the hostel we were looking for was only a five minute walk up the road. We checked in and started chatting to the other travellers over beers. Eventually, it was decided to take the party to the nightlife on the Main Street, so we hit the karaoke at one of the bars, then moved on to another bar when that one closed. Roatan certainly was rocking that night!