7 am was far too early to be greeting the day after more than two days on the go, but I had a boat to catch and needed to be at the boat terminal by 8 am. To my dismay, that boat was full and the next one wasn’t until 1 pm. I could have had a much needed sleep in after all! Trudging off after purchasing my ticket for the later boat, I could have sworn I heard the Travel gods sniggering…. 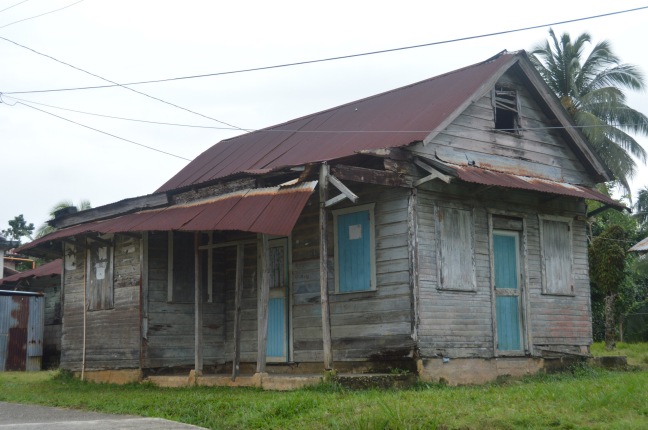 I was directed to a place which sold good local food and had WiFi and immediately recognised it as my ‘mini date place’ from two years ago when the incredibly handsome Garifuna man I was sitting next to on the boat from Puerta Barrios took me for a beer after a sumptuous seafood lunch at a local comedor. No such luck this time, but I did manage to have my first proper meal since leaving home.

Customs cleared and I was pleasantly surprised with the size and caliber of the boat taking me south. Last trip was made in an oversized, overcrowded dinghy which wavered perilously in only one metre swell. Today’s vessel was about four times the size and we didn’t need tarps covering us to keep dry! It was like a Playboy yacht in comparison.

Back on Guatemalan soil, I got directions from the friendly customs officer as to where the local buses left for the Honduran border. Unfortunately, I was one of the last to get on said minibus. In this part of the world, the problem of popping windows out by cramming too many people in a small vehicle is easily solved by keeping all doors and windows open. Fortunately, I wasn’t the last few so wasn’t precariously hanging out the side of the door, but still needed to adopt positions that would make even the most hardened yoga aficionado cringe in order not stay semi upright.

To the relief of nearly every part of my body, the bus eventually cleared enough for me to sit down. At the Guatemalan border post, the conductor wanted to take my passport to get stamped. It will be much quicker, he says. Travelling Overseas 101 teaches you NEVER to hand over your passport to some random Guatemalan dude on a dodgy minibus, but it seemed kosher enough and I checked for reassurance from my fellow passengers, including one woman I had earlier struck up conversation with. A semi-anxious few minutes passed before I was handed back my passport duly stamped.

The bus sped on and soon reached the actual border where the Honduran Immigration office was situated. I waited in queue for my turn then handed over my passport to the Immigration official. The señor asked where I was heading and I replied Omoa. All good. Or so I thought. El Señor then decided to take another look at my passport. A very close look. By this stage, I was perspiring a river due to the intense level of humidity and was hoping to sweet hell El Señor wouldn’t mistake that and assume I was sweating coz I had drugs up my never regions. A remote border post like Corinto is not the place you want an Honduran official questioning your paperwork. Eventually he asked me about my rapid succession of border crossings from Mexico. I explained I was travelling down to Honduras where I planned to spend several weeks visiting the country. Several more minutes passed before he stamped my passport, charged me 30 quetzals (about$2) and gave me a receipt for ‘administration charges’. I was free to go.

At the border I soon discovered there was no little town attached and hence no ATM. No ATM meant I had no Honduran lempira. My only option was to go to one of the many money changers and change my Guatemalan quetzals into limpira. I felt sure I would get shafted. Severely. But to my surprise the rate he charged was the exact same rate as the official rate. I quickly gave him all my quetzals for exchange when I realised that. 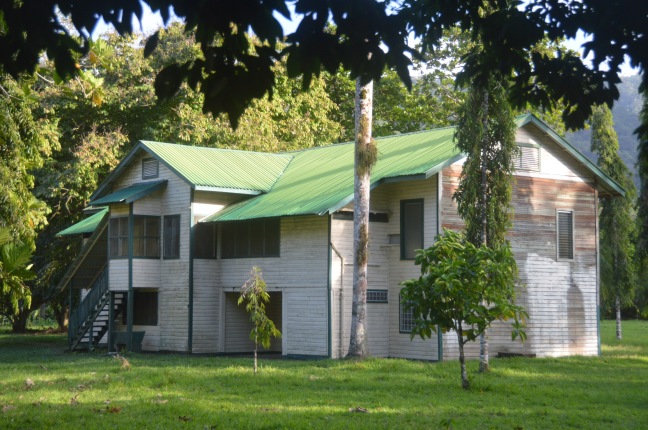 The bus lumbered on through verdant rainforest backdropped by misty hills. The humidity was intense and only relieved when the bus was moving. Once in Omeo, I got directions on how to get to a place I found in the Lonely Planet. Roli’s Place is owned by a hippy like Swiss man and his Honduran wife. Very basic but cheap. I dumped my things, then went down to a restaurant by the beach for a very tasty seafood meal washed down with my first Honduran beer of the trip.

One thought on “Punta Gorda – Omoa”