I was keen to escape the heat and head to the mountains so made sure I was well and truly ready for the 9.30 am bus. I plonked my pack on the rack above and helped myself to a plum seat up front to better to view the vista. We rolled out of town and returned down the badly rutted road; stopping at regular intervals to pick up passengers and/or cargo, or to drop off same. Young children would be waiting on the side of the road for the bus with empty containers, then travel a few kilometres to the nearest community in order to fill them and return back home on the next bus going in the opposite direction. Nothing moved fast here – not the people, the buses, nor the animals.

People and smaller cargo went inside the bus, larger cargo such as sacks of grain, beds, stacks of chairs and a fridge went up top. The bus filled and filled, then filled some more. By the time we hit the paved road again, I was sharing a seat with a señora with a baby on her lap and she was trying to keep the baby safe from the crush of people in the aisles. Just when I thought there was no way anymore people could possibly fit on this bus, the bus assistant would manage to squeeze more on. Not only that, but he somehow managed to make his way through the tightly packed throng to collect fares and return back to the front of the bus! The only one with any space at all was the man behind the wheel. In that moment, for all the world, I so wanted to be a Nicaraguan bus driver! Plus you also got to pick the tunes. 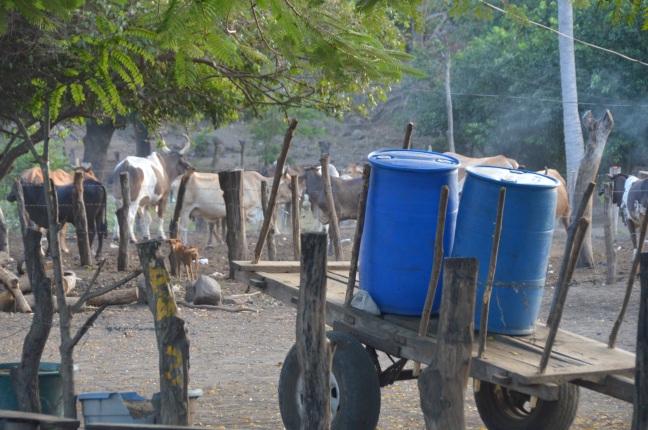 We eventually reached Chinandega and everyone piled off at a gas station. I wasn’t sure where we were as it wasn’t the Mercandito I caught the bus to the Peninsula from. I decided beyond anything else I needed to pee, so started walking to find a little restaurant. After turning the corner, I immediately recognised the little comidor I ate at last time whilst waiting for the Jiquilillo bus! It seemed the bus dumped its passengers a block away from the Mercandito, before venturing around the corner to collect the next batch. As it was now early afternoon and I hadn’t eaten all day, I tucked into another delicious meal from their bain-marie.

I decided to take a pedicab to the main mercado where the bus I needed left from. This gave me a completely different perspective of Chinandega than the cramped collectivo I took from the other direction several days earlier. I had to return to Leon to continue on to El Sauce, so was becoming quite conversed with the main bus terminal there by now. I found the bus to El Sauce and squeezed on the end of a seat towards the back of the bus.

We passed through fincas with majestic volcanos puffing away both near and far. This is the Maribios Chain which is the epicentre of the most active volcanic region in the world. Eventually, we turned off the highway and made our way north on an unpaved road. The terrain changed and we started climbing through foothills as we headed towards the Cordillera Dariense. We passed tiny little communities nestled into the forest, before eventually pulling into a small mercardo on the edge of El Sauce. 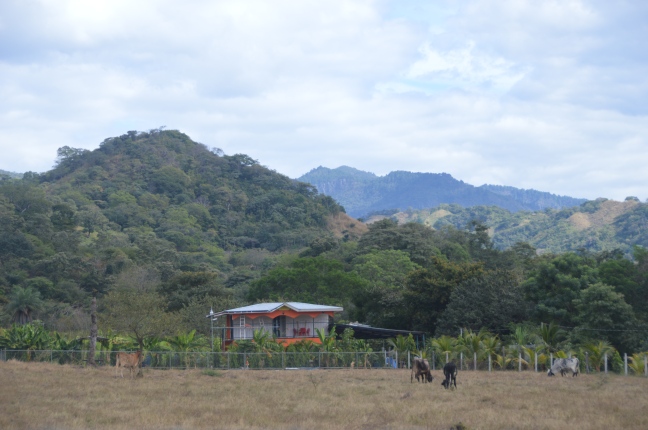 I had made inquiries from other passengers on the bus about hotels in town and a senor that was getting off in El Sauce as well, organised a pedicab driver to take me to a hotel in the price range I requested. Hotel Katy was clean and roomy with a private bathroom for USD10 so I was happy. Plus they had a dog and a puppy to play with! I organised to stay three nights as I was going to be there over New Years and I knew there would be no buses on New Years Day.

There was a bar/restaurant attached to the hotel, so after a quick wander around town, I settled in with a cerveza and a tasty meal. In the streets, local youths were letting off crackers in preparation for the New Year. The town had a friendly, chilled out vibe and the bar seemed the place for locals to hang out for a drink and a meal. I looked forward to exploring this quaint little town the following day.