After the past couple of days on the go, I had a leisurely breakfast at my favourite Trujillo tuck-shop and worked out where to head next. Hmmm…. That road looks interesting. Let’s go to Tegucigalpa! About time the country’s capital had a visit from yours truly. From there, it was back down to the bus terminal to find​ transportation.

As with most things in this neck of the woods, the best laid plans often end up in tatters. It turned out that the next bus to Tegucigalpa wasn’t until 2nd January and to make matters worse, left at midnight! I restudied my map. Ok… Well can I get a bus that goes down this road then? No. What about this road? No. Well where can I go? Back the way you came. But I don’t want to. I’ve already been that way. My patient, though somewhat disinterested, ticket seller was not overly helpful but a compromise was struck. I would catch the 2 pm bus to Olanchito, stay over New Years when everything shuts down, then continue on from there.

I had a couple of hours to kill so decided to catch up with some writing over a cerveza. An affable hombre decided to personally escort me over to the adjacent service station to purchase said beer and escort me back. My plans for some quiet writing time were dashed however as I found myself with a new suitor. He pulled up a chair next to mine and proceeded to chat. I told him I needed to get some work done, so he grinned, gave my a hug and a kiss on the cheek. And then the neck. Fortunately he ceased his amorous advances and left me in peace. For a while at least. Shortly afterwards, my Honduran Romeo came back with a plate of fish and plantains and tried sharing it with me. I accepted a small portion to try and must admit it was damn tasty, but did not want to encourage him any further. In the end, I was quite glad when the bus to Olanchito was about to depart. 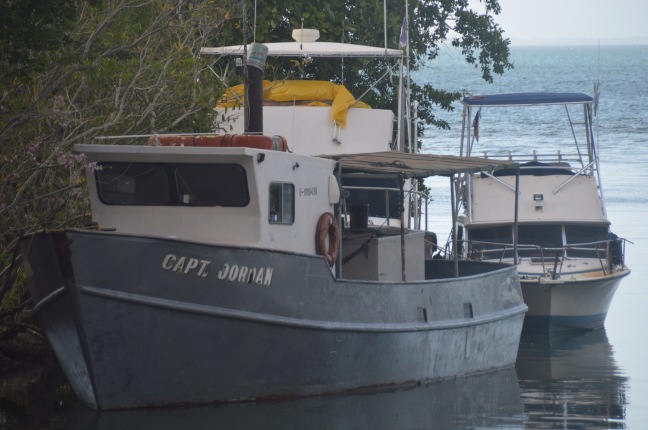 Rumbling through the northern Honduran countryside, it was lovely to kick back and enjoy the tropical scenery as we roared past large banana, sugarcane and oil palm plantations punctuated with smaller fields of maize and other crops. The sky broiled above with the threat of rain which would have been welcomed in the sticky humidity. Back in Trocoa, we drove and stopped off at the markets where I had left for La Moskitia two days previously. I looked for my Dodge driver, hoping he had repaired his vehicle and was back on the road, but didn’t spot him. From there, it was on to Olanchito.

The young woman sitting next to me started chatting and asked where I was headed and where I was staying. I told her I didn’t know as I had wandered off the pages of the guidebook again so would be relying on local guidance. When we pulled in to Olanchito, she insisted on accompanying me to a nearby hotel and gave me a hug goodbye. The beautiful people I meet on my travels only highlight the good in the world. Even though Honduras is supposedly one of the most dangerous countries on the planet, it’s only a small minority of its population that create the statistics.

The hotel I got dropped off at looked like it would be a lot more expensive than it ended up being. I managed to get a relatively cheap room, albeit one without windows and with a slight fusty smell. With free coffee and drinking water, it was a good enough base to sit out the mandatory rest period that is New Year.