Santa finally brought me my pressie early this morning in the form of that much anticipated software update. With glee I managed to update the WordPress app which solved at least some of the tech problems I was having. Finicky bugger, that Santa, but better late than never. 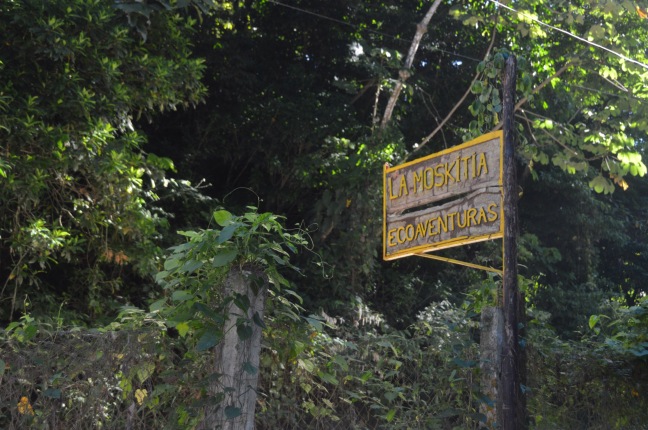 Jorge, along with his two sons, picked me up at 8 am and we set off in his old Toyota troopie. The road followed the Cangrejal River upstream, through beautiful jungle clad terrain. I pressed Jorge for information about caves in the area and also about the Mosquito Coast where I planned on going next. It turned out Jorge was from that part of Honduras and gave me great information on where to go and how to get there. 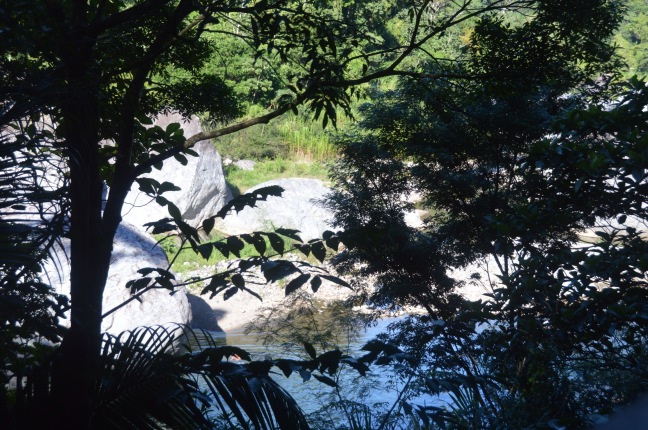 We eventually arrived at Jorge’s river property from which the rafting started. Jorge had carved an impressive little facility amidst the boulders, stream and encompassing jungle terrain. Everything blended in so well it was hard to determine what was actually there until you were closer to it. Little unassuming paths meandered across the property linking the various parts of development. 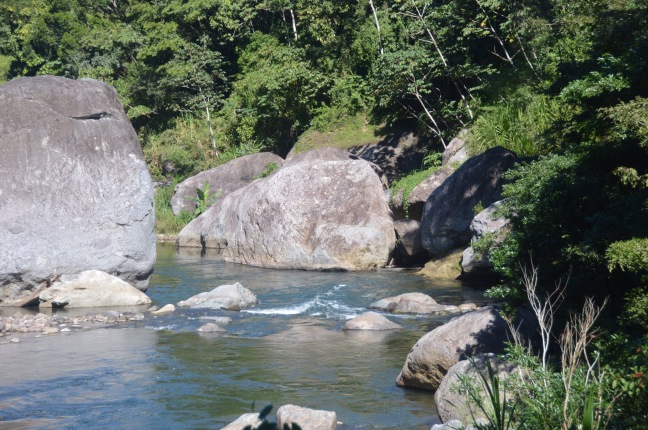 First up was a 500 m swim and rock scramble upstream, then letting the currents carry us back downstream. I stacked it first little rapid and ended up with a most effective nasal irrigation. Next was a brief orientation before heading off. As I was the only paying guest, I was spoilt with two guides in the raft as well as another in an accompanying kayak. Jorge’s two sons, 14 yo Emelio and 10 yo Jorge Jnr, also kayaked with us. 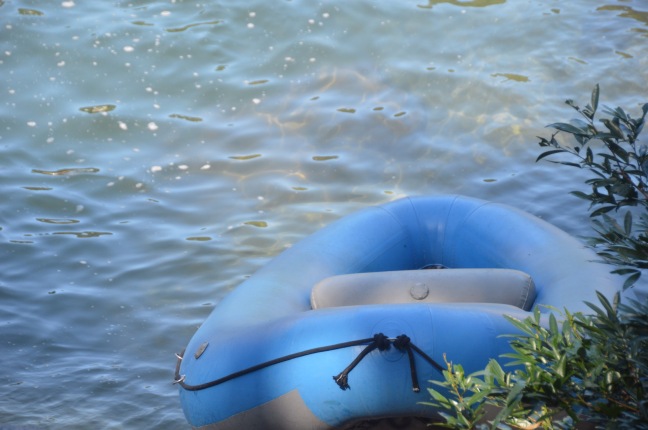 It was beautiful floating down the Cangrejal, past the two pristine National Parks for which the river forms the boundaries. The rapids were about a class III, which makes them interesting without scaring the bejesus out of one. At one point though, my guides put the raft atop a two metre almost vertical boulder and got me to get back in the very front. I was sure this was not going to end well, but the guides jumped in and we slid down the boulder into the broiling water beneath. To my astonishment, the little raft handled the conditions beautifully and landed with just a giant splash. 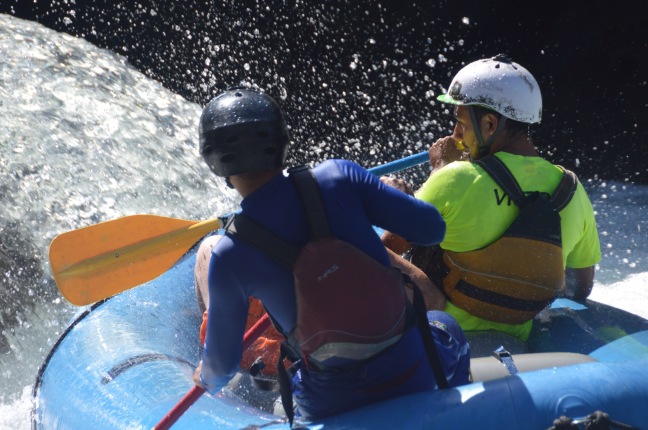 Further downstream, past another rapid, we waited for the kayakers to come through. The first two came through fine, but Jorge Jnr. managed to flip his kayak over and came through the rapid upside down. Then promptly smashed headfirst into a large boulder midstream. It didn’t look good at first, but he quickly extricated himself and although somewhat dazed, waded over to safety while his older brother went to retrieve his kayak from ending up in the ocean. 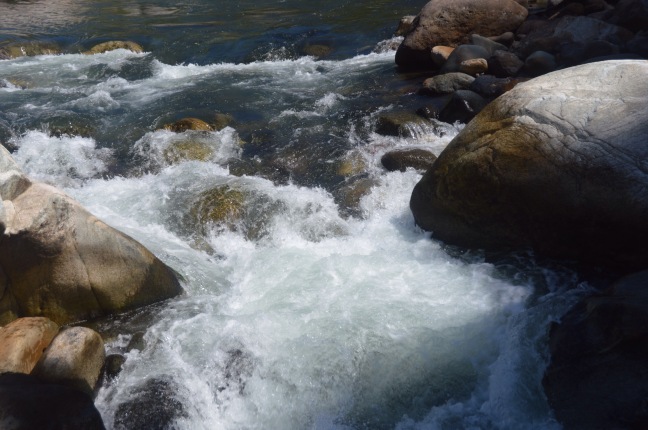 All too soon, our little voyage came to an end and we docked on the side of the river and headed for the road. I have been on several rafting trips in past, but this one was particularly special as it was more like rafting with a group of mates than as part of a paying group. Jorge was waiting for us with his troopie and we headed back to his riverside property when everything was loaded on board. 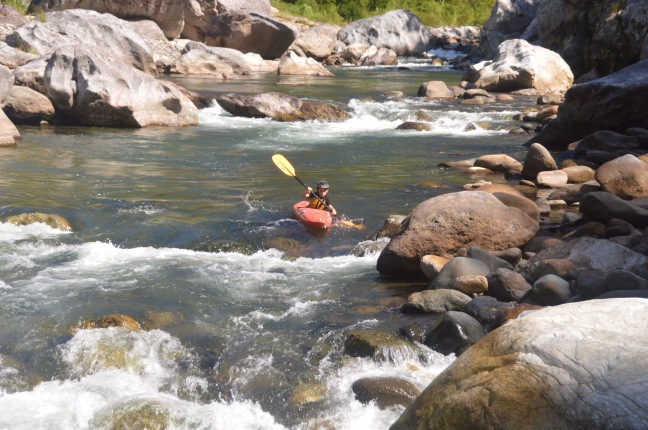 I farewelled my guides, then went with Jorge and his sons back to the hostel. Jorge gave me directions to the bus terminal, then left me to get organised for the next leg of my journey. It turned out that the bus I needed didn’t leave from that terminal, but went past it. I waited on the side of the road for about 15 minutes before my steel chariot arrived. 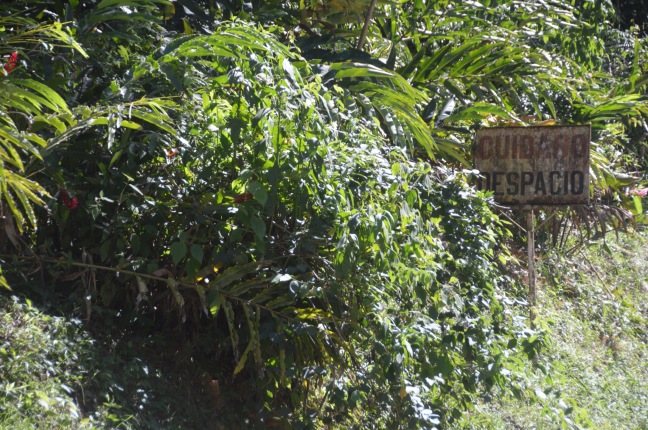 On board, I sat next to a hombre and his 8 yo son. I started chatting to them both and before long the man’s 5 yo daughter joined us. She was an absolute cutie and ended up sitting on my lap. I had a lovely couple of hours with my new Honduran family, before they got off the bus. It was a really pretty drive to Trujillo, although it was dark by the time I reached my final destination. 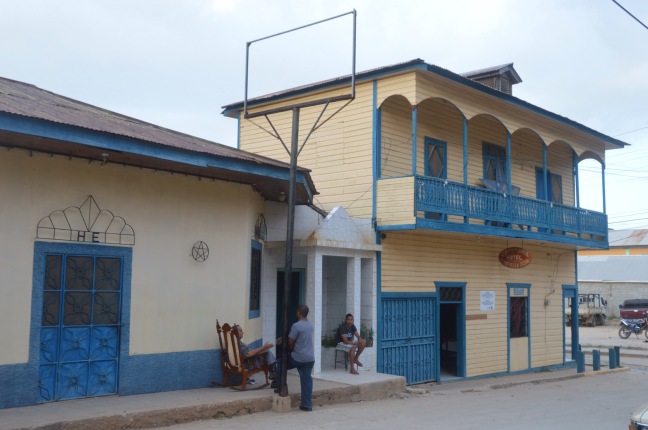 The guidebook recommends not walking at night in Trujillo, but I knew where I was, it was well lit and there were plenty of people around. It felt good to stretch the legs after sitting for so long on a bus. I checked into a little hotel I found in the guidebook which sounded interesting. The owner, a wizened history professor, sat on his rocking chair as I provided the necessary information for his well worn ledger. I told him I too was very interested in history and that I a teacher from Australia. That seemed to seal the deal in his eyes and he gave me one of his local history publications. 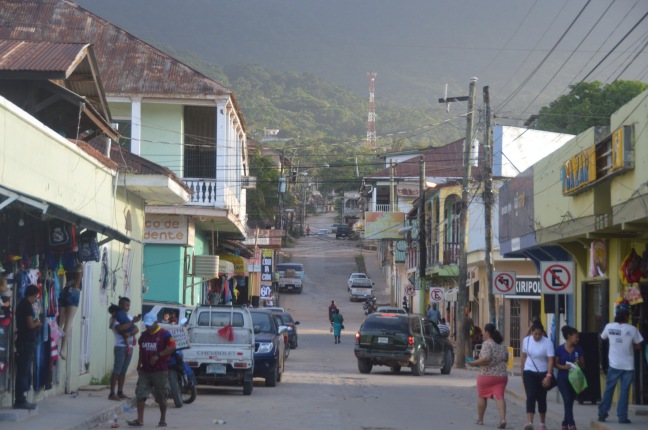 Another hombre showed me to my room and I noticed several packets of condoms sitting on top of the little dresser. The man scooped them up; I’m assuming he figured my travels were self funded and as such I wouldn’t be needing the room for corporate purposes. The place did have a bit of a ‘pay by the hour’ feel to it, but no more than dozens of other such rooms I had stayed in across Central America thus far. 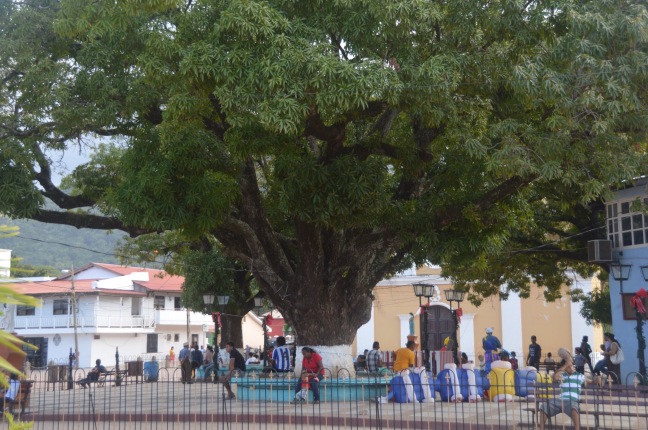 A very welcome, albeit cold, shower and I was off in search of food, beer and wifi. I found all three in a pleasant second story open air restaurant just up the road from where I was staying.

One thought on “La Ceiba – Trujillo”